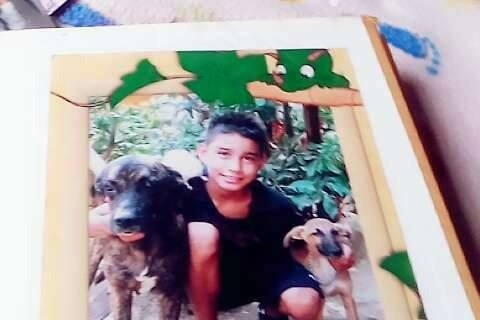 Deportation equals immediate death for 19 year old Ismael. In late 2016, Ismael witnessed a horrific murder at only 17 years old in Honduras. After being a prime witness to a murder the police took him forcefully from the church he attended and tortured him by hanging him from a tree and demanded he give them the name of the murderer. After police released him, he fled his hometown and was given shelter by a great uncle who was murdered by the gang after searching his house. After the killing of his uncle, Ismael at only 17 fled to the United States.

On his journey through Mexico, Ismael encountered gang members and human traffickers. In Tapachula, Mexico he was detained in juvenile immigration detention for three months and was tortured. From Tapachula he continued on to Tijuana where he turned himself in at the port of entry as International law requires. Ismael, an already traumatized child, was immediately incarcerated at the Otay Immigration Detention Center, where he has been incarcerated for almost a year. He turned 19 years old inside Otay Detention Center, and also passed his credible fear interview. As a severely traumatized teenager who became an orphan at the age of 7, Ismael is a survivor.

However, a US Immigration judge unjustly gave Ismael a $50,000 bond despite having passed his credible fear interview and having a strong asylum claim. The Trump administration has victimized Ismael further by holding him captive at the Otay Detention Center and is denying him the right to access justice for simply being unable to pay a $50,000 bond. Deportation is a death sentence for Ismael, and his adoptive family continues to receive death threats on his life.

Ismael and his adoptive family, who also fled Honduras, are hoping to raise $12,000 to get him out through a bond company, but will continue to raise $50,000. Despite the bond companies’ gross for-profit practices, Ismael and his family’s have no other choice. Their goal is to save his life because if he returns to Honduras he faces further persecution and likely death.

Unfortunately, Ismael’s story is not uncommon for the youth and families fleeing persecution in their home countries. Many of these countries are still experiencing the aftermath of U.S. funded civil wars, as well as the expansion of neoliberalism in Central America. Please consider donating to Ismael’s bond fund so that he has a chance of fighting his case outside of detention prison. We have the responsibility of ensuring international law is held up and that the United States treat refugees and migrants with the respect and dignity they deserve. We urge your support!

What can you do to Free Ismael: