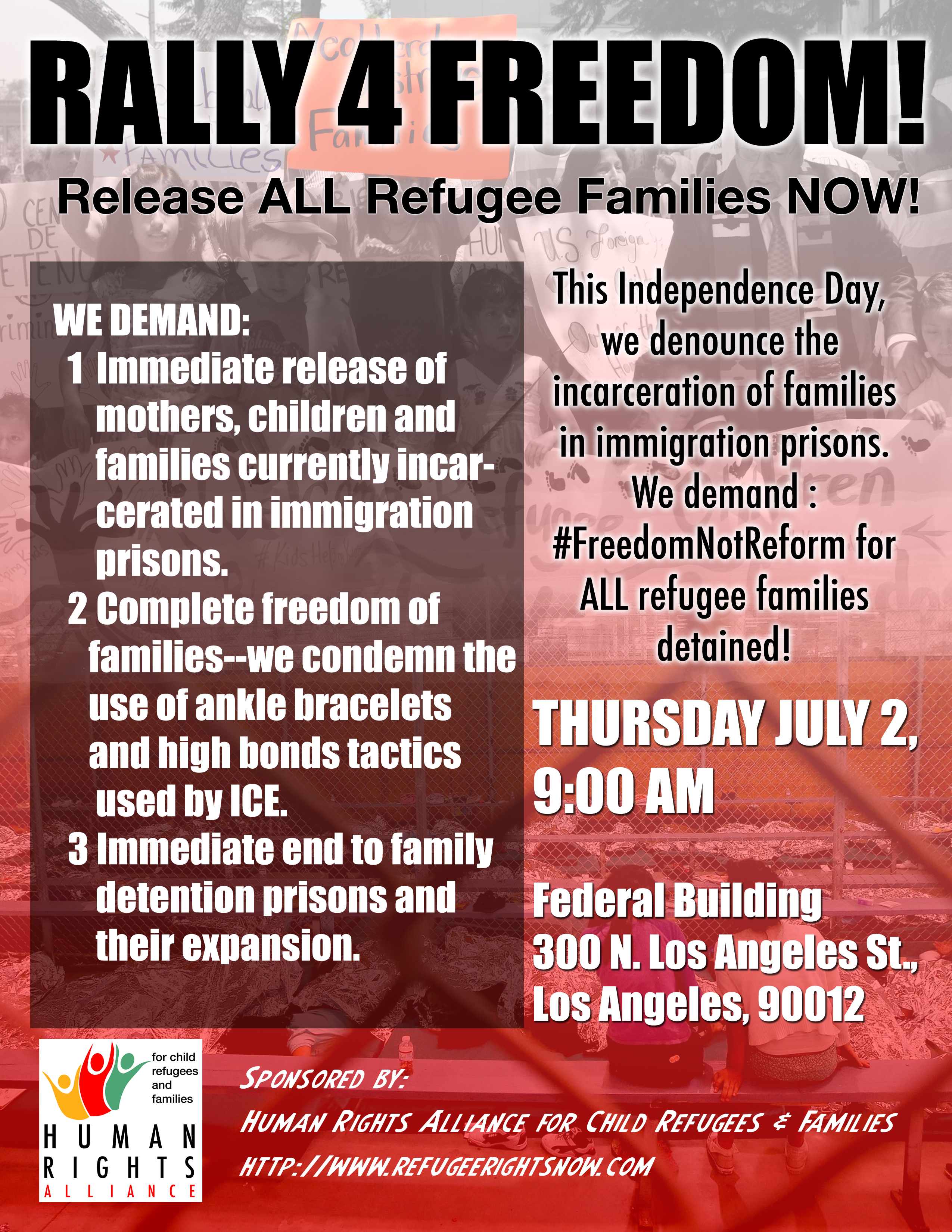 WHAT: Press conference/rally to demand freedom for refugee mothers and children and LGBTQ detainees in migrant detention.

WHO: Human Rights Alliance for Child Refugees and Families and their supporters and allies

LOS ANGELES CA | As the 4th of July approaches, a day that allegedly represents freedom and independence, the Human Rights Alliance for Child Refugees and Families demands freedom for all detained families, as well as for all LGBTQ detainees. We cannot celebrate while thousands of mothers, children and LGBTQ refugees languish in immigration detention.

A year after the beginning of the Central American refugee crisis, many refugee mothers and children across the United States are still being unjustly held in family detention centers, and we demand their freedom once and for all.

We also recognize and sympathize with the plight of LGBTQ migrants, who are being detained and held in conditions in which they are vulnerable to abuse simply for who they are.

One week ago, the Department of Homeland Security released new guidelines to “improve” the conditions of detained families. Secretary Jeh C. Johnson acknowledged the inefficiency of long term detention and the need to end the practice; however, more than 2,500 mothers and their children continue to languish in detention centers.

This weekend, while the United States celebrates its independence, our government denies freedom to thousands of mothers and children and LGBTQ migrants. We want to send a clear message that there is no humane way to detain refugees: WE WANT FREEDOM, NOT REFORM!